The Caldor Fire continues its relentless march eastward and northeastward.  The latest on #Firemappers shows the fire has crossed route 89 and is now pushing into the Carson Range.  Many homes and cabins are threatened and there was a mass exodus from South Lake Tahoe yesterday when evacuation orders were issued.  You can add Heavenly to the list of ski areas threatened.

To the south, Kirkwood is now under direct threat.

My son and I ski toured a closed Kirkwood with a dwindling snowpack on May 9th.  It's a beautiful area and we were very impressed by the trees.  Enough so to take the photo below. 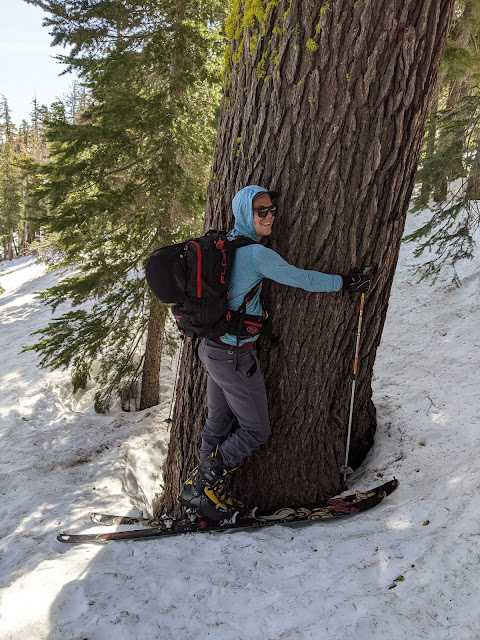 I have no strong connection to the area other than that day, which was the first time I had been through Carson Pass.  I am hoping for a miracle for everyone and the forests effected.

Meanwhile to the north, the monstrous Dixie Fire has now surpassed 800,000 acres burned, including a significant fraction of Lassen National Park.  The map below provides some perspective.

According to fire.ca.gov, Dixie is the 2nd largest wildfire in California history, behind only the August Complex last year at 1,032,648 acres.