The Foehn Giveth and Taketh Away

The Foehn is a dry, downslope wind that occurs north of the Alps, although the name is sometimes used to describe similar winds in other regions.  The equivalent in North America is the Chinook wind that affects the high plains near the Rocky Mountains.

When it comes to finding clear skies, the Foehn can be your friend.  On our current trip to Europe, we opted not to make reservations for the mountain part of our trip, but instead made reservations after arriving based on the weather forecast.  One of the reasons that we ended up in Innsbruck was the likelihood of Foehn conditions and mostly clear skies today.

Innsbruck is in the northern Alps and the Karwendel Alps to its north can offer clear skies during the Foehn.  In addition, Innsbruck offers a lift system that makes the Snowbird tram look like a bunny lift.  This morning we ascended nearly 5500 vertical feet from downtown Innsbruck to the crest of the Karwendel Alps via a funicular and two aerial trams. 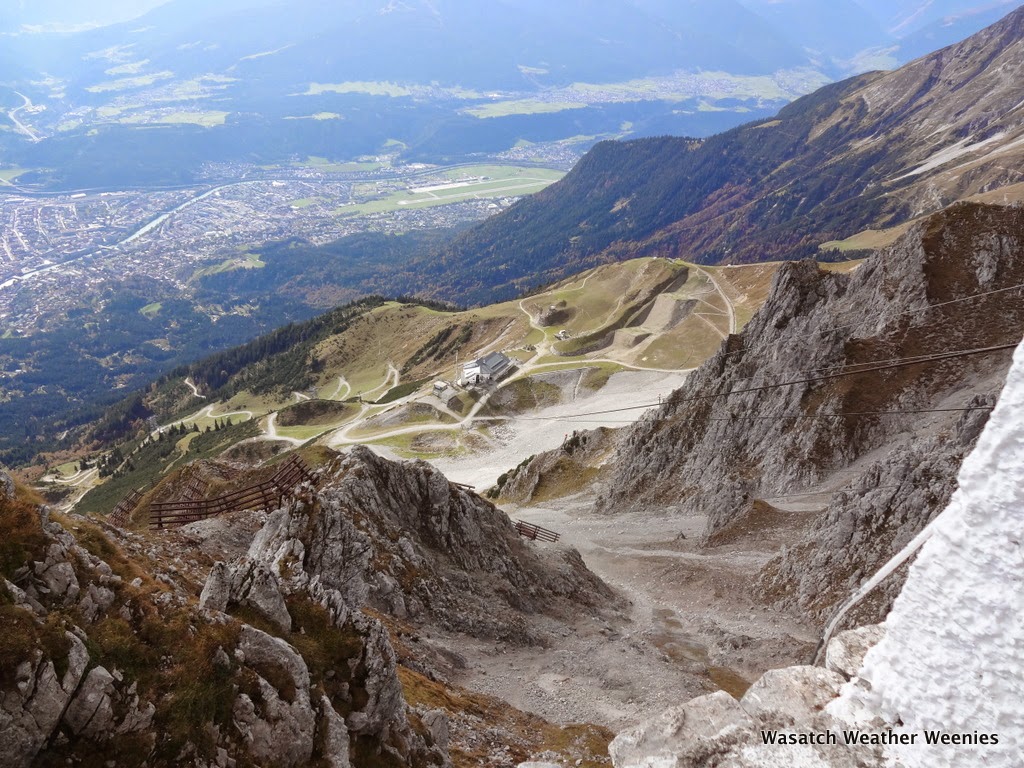 The view looking southward toward the Alps showed a classic Foehn pattern with clouds over the Alpine crest in the Brenner Pass area.  Clouds spilling over the high peaks near the Stubai Valley formed a cloud bank that is sometimes called the "Foehn Wall." 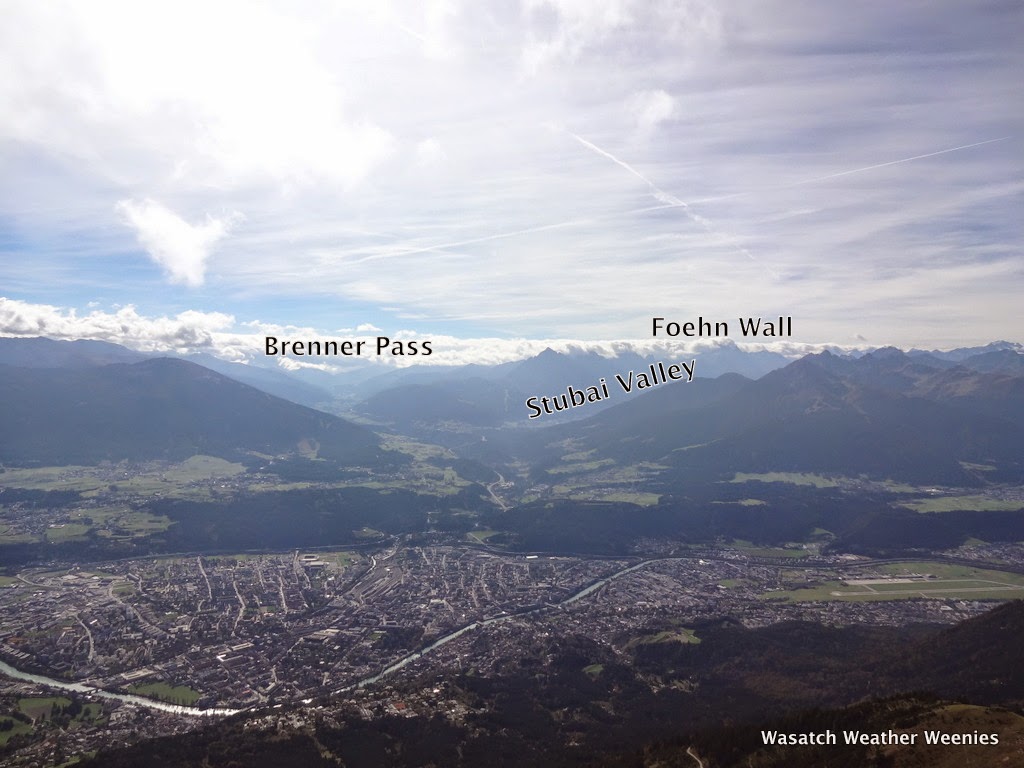 Thanks to the Foehn, we enjoyed some beautiful hiking along the Goetheweg trail high above Innsbruck. 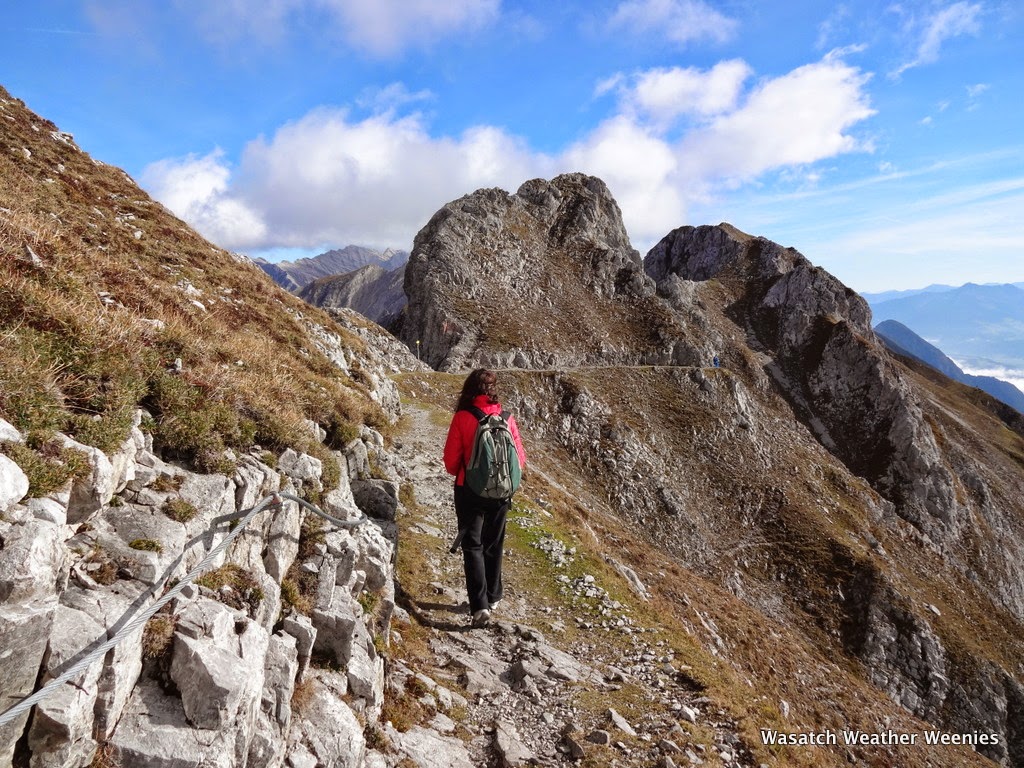 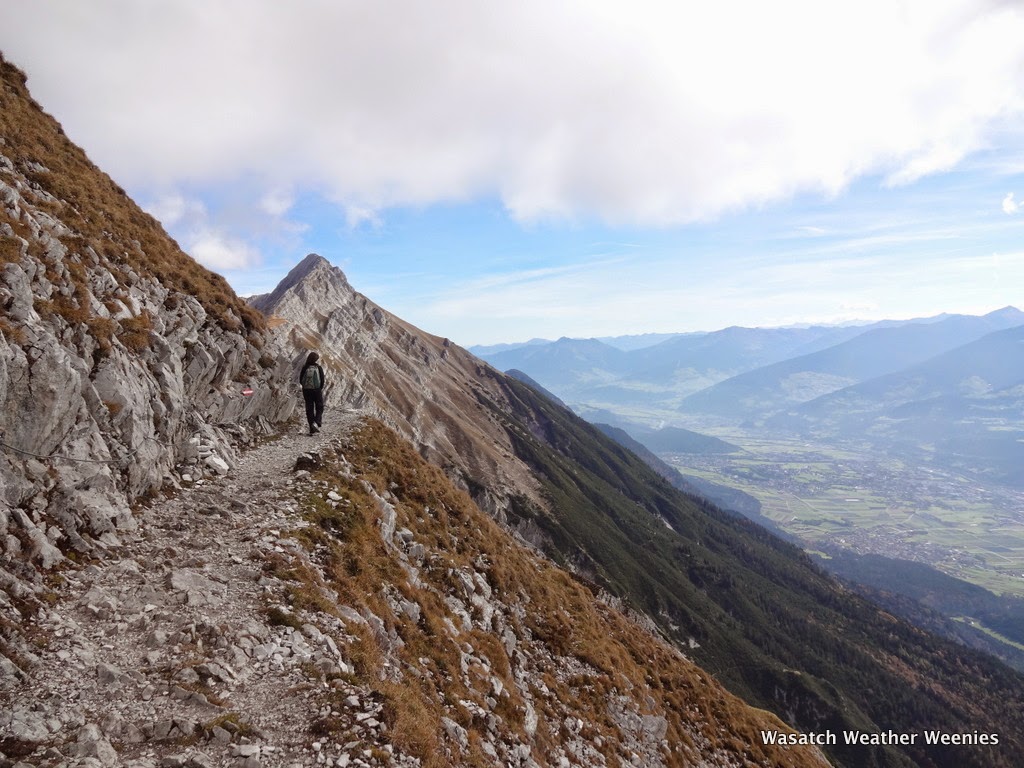 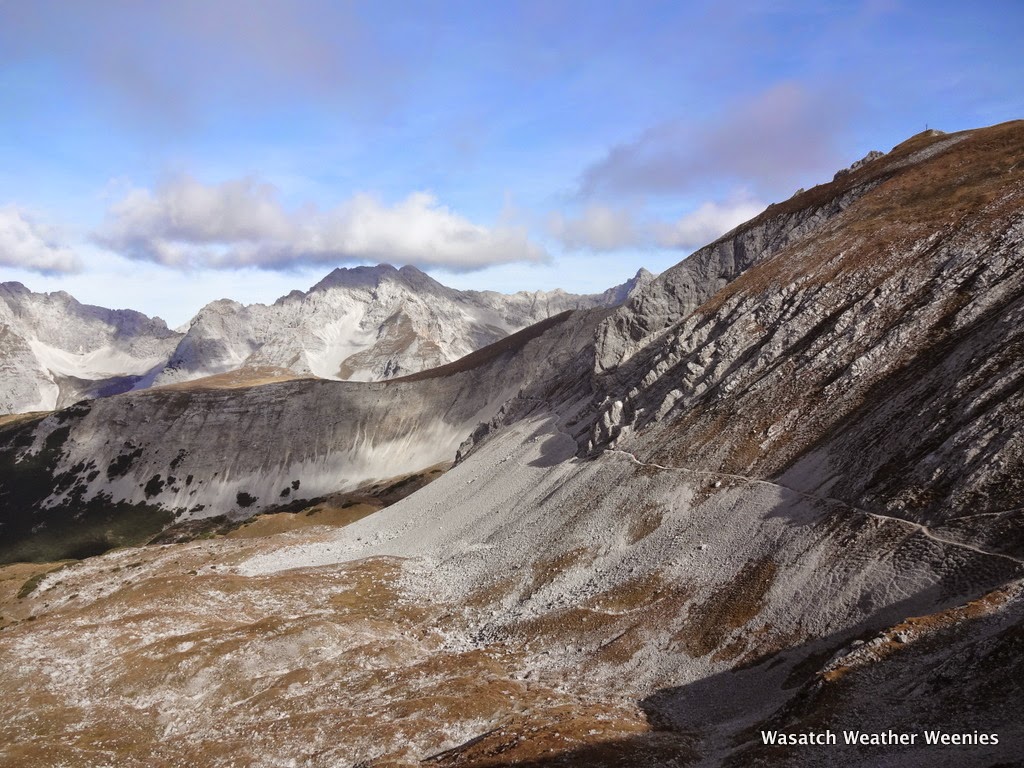 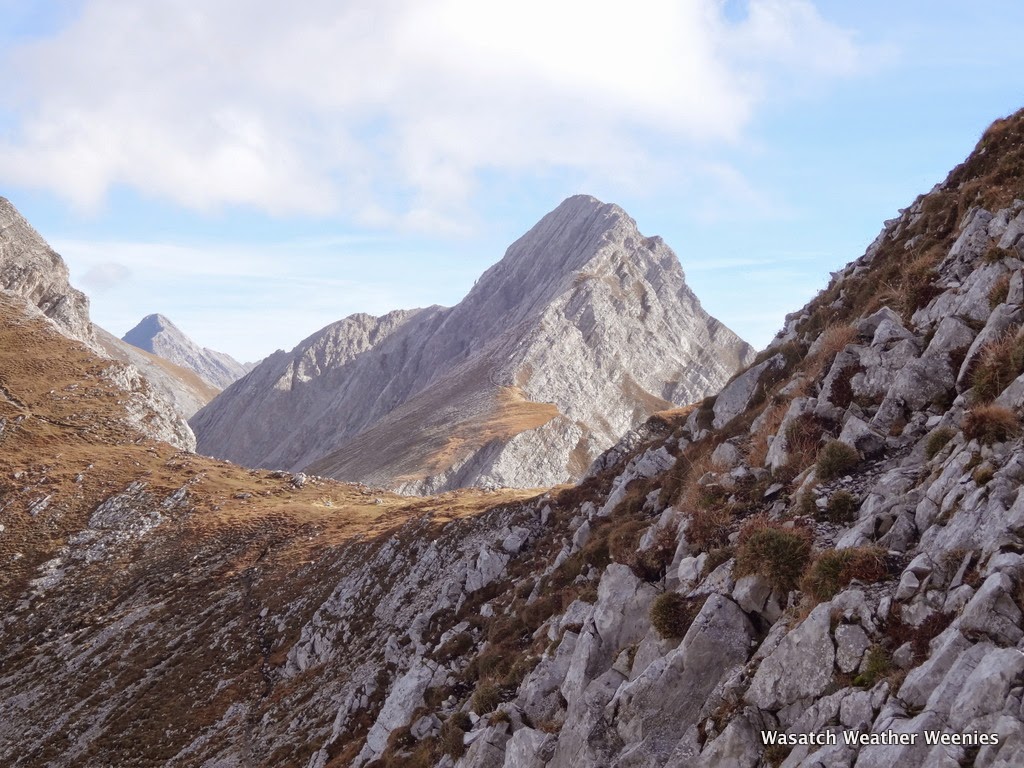 Of course, what the Foehn giveth, the Foehn taketh away.  In the afternoon, we thought we would get a quick tram ride in on the south of Innsbruck to gape at our route.  South of Innsbruck, however, is closer to the main Alps and the strong winds associated with the Foehn.  When we arrived at the resort, their tram was closed due to strong winds!
By Jim S Posted at 10/12/2014 09:29:00 AM