Long Waves, Short Waves, and All That

The atmosphere is full of waves, from gravity waves similar to those you see on water and at the beach, to Rossby waves, which cover distances of hundreds to thousands of kilometers and dominate the large-scale atmospheric circulation in midlatitudes.

Rossby waves are named for Carl-Gustaf Rossby, to my knowledge the only meteorologist who has ever appeared on the cover of Time Magazine.

Rossby was a Swedish born meteorologist who immigrated to the United States and served in various capacities at the U.S. Weather Bureau (now the National Weather Service), MIT, Woods Hole Oceanographic Institution, and the University of Chicago.  He joined the latter in 1940 at a time when we were just beginning to improve our observation of the upper-levels of the atmosphere and our knowledge of the jet stream and large-scale upper-level waves.

Two key characteristics of Rossby waves are: (1) they move slower than the flow and (2) long waves move slower than short waves.  As a result, long waves, which typically have wavelengths of a few thousand kilometers, tend to move very slowly, while the short waves move through them.  Rossby showed why this is the case.  It is the direct result of the rotation of the Earth, which slows the downstream progression of waves and has a greater influence on long waves than short waves, resulting in the former moving slower than the faster.

Knowledge of Rossby wave characteristics helps us to understand the forecast for the next several days.  The 500-mb height analysis (an "upper level") for this morning shows a pattern that is dominated by long waves.  There is a deep trough over the north Pacific near 170W, a ridge over western North America, and then another deep trough over eastern North America.  This long wave pattern continues downstream over the Atlantic. 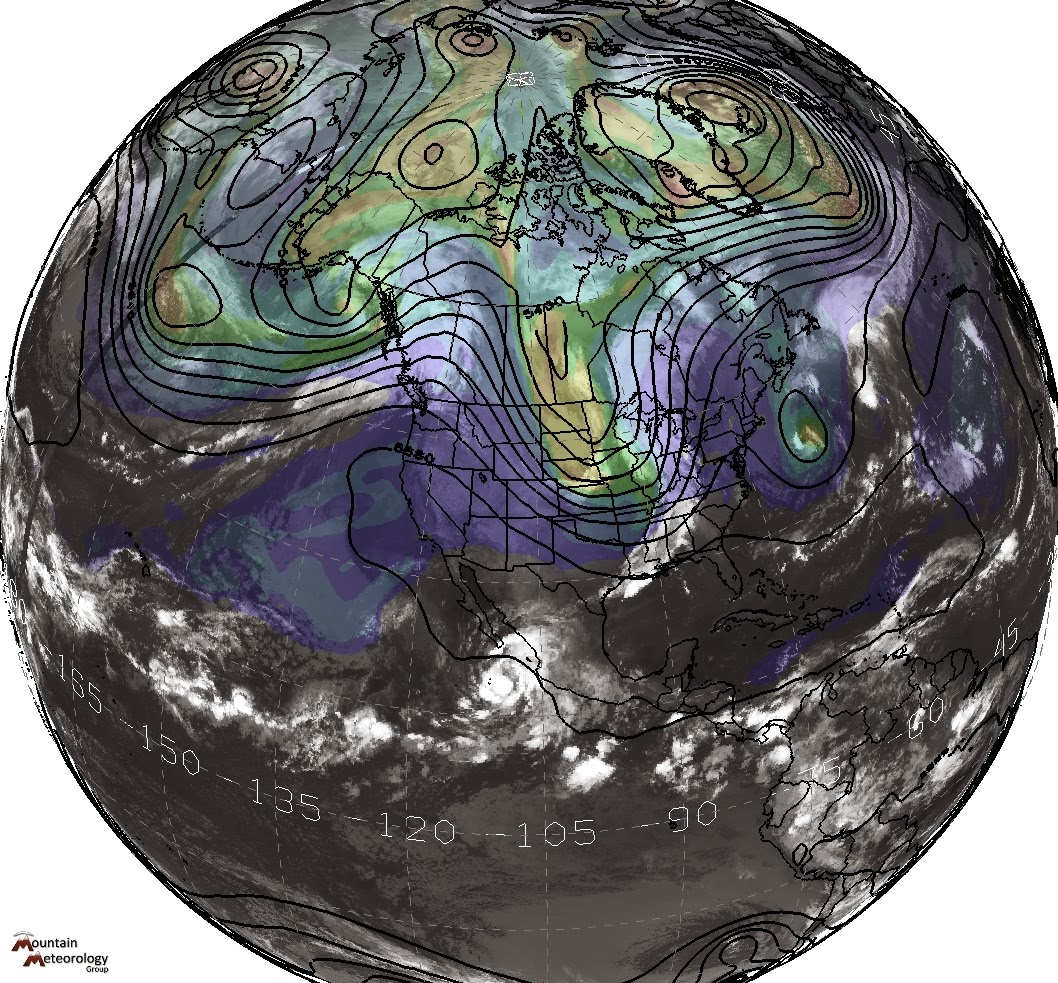 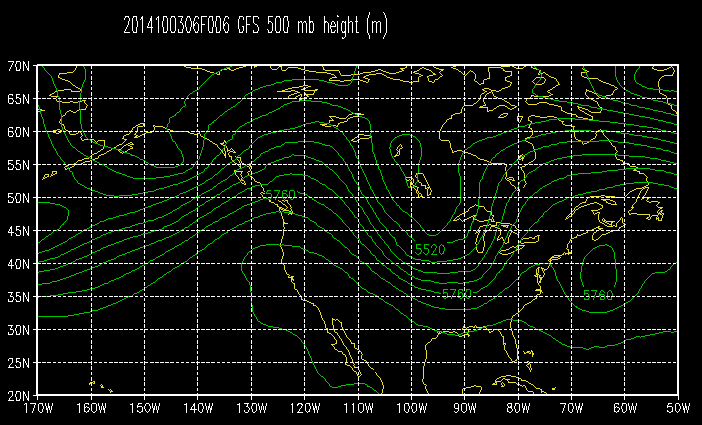 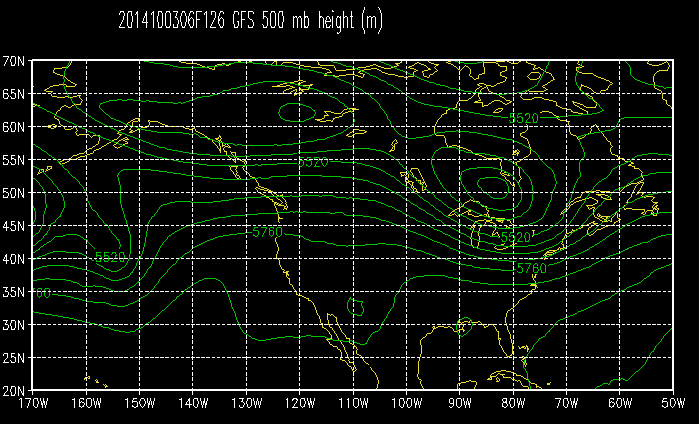 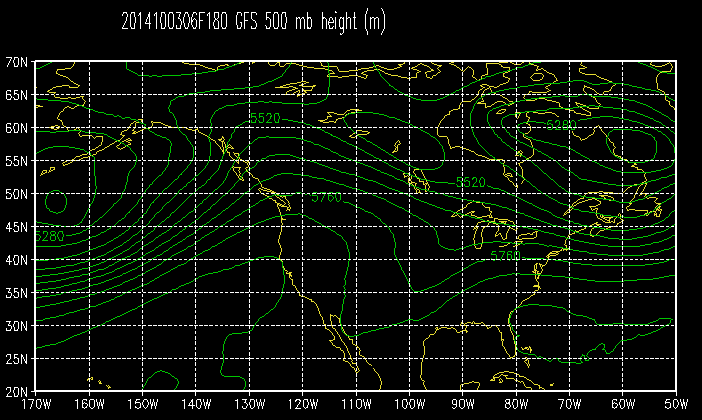 So, as we enjoy the beautiful fall weather, you can thank the high-amplitude, long-wave pattern that is dominating the Northern Hemisphere over the next several days.  Time will tell how long this pattern can hold on.
By Jim S Posted at 10/03/2014 09:44:00 AM