Following Italy, all ski areas in the Austrian states of Tyrol, Saltzburg, and Vorarlberg will be closing after Sunday due to COVID-19.  Most of Austria's major ski resorts are in these states.

It's fortunate for the local economies that it is near the end of the high season, although the loss of a few weeks of revenue will still not be easy.  Austria has 254 ski areas with 5 lifts or more and nearly 35 million skier visits by foreign skiers.  Winter tourism in Austria generates 11.4 billion euros in direct and indirect revenues, representing 5% of Austria's GDP.  I suspect, however, that most Austrians support this move as they recognize the threat at hand.

Here in Utah, the resorts continue to operate.  However, Snowbird closed its tram today.  Below is a screenshot from today's mountain report. 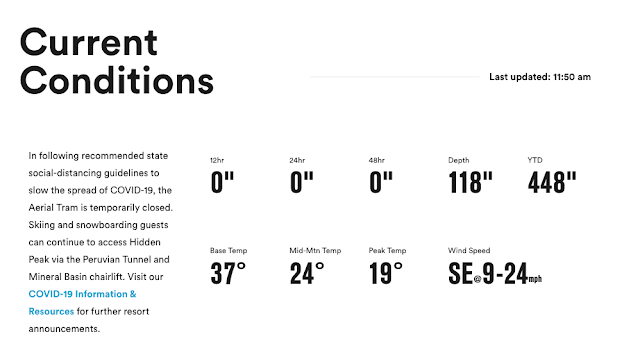 In the overall scheme of things, it's just skiing.  I never thought I would say that, but perspectives change.

Now seeing reports that some resorts in Switzerland are closed or will be closing after the weekend.  I saw a media report that Zermatt, which is open all year, will close until April 30, but have not been able to confirm this.

In Vermont, media reports suggest that Jay Peak and Burke Mountain will close after today (Saturday).  Utah resorts tweeted yesterday that they are still open, but Snowbird has closed the tram (as has Jackson Hole).

A couple screenshots from intra-stanton.com illustrating what is happening in St. Anton, one of Austria's major ski areas.  Click to enlarge. 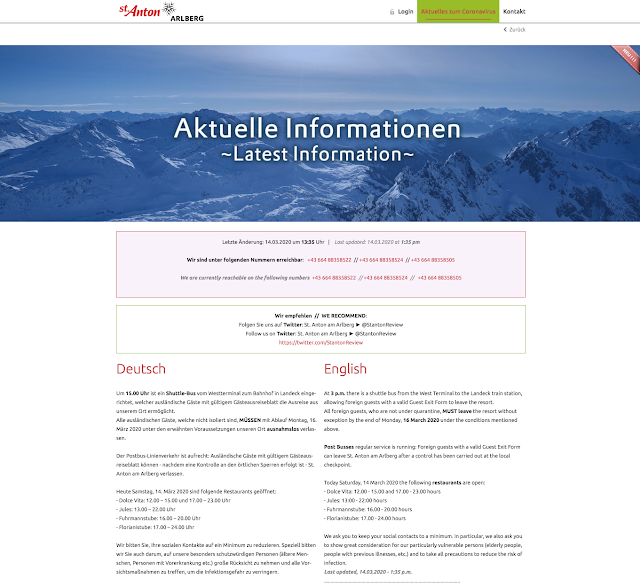 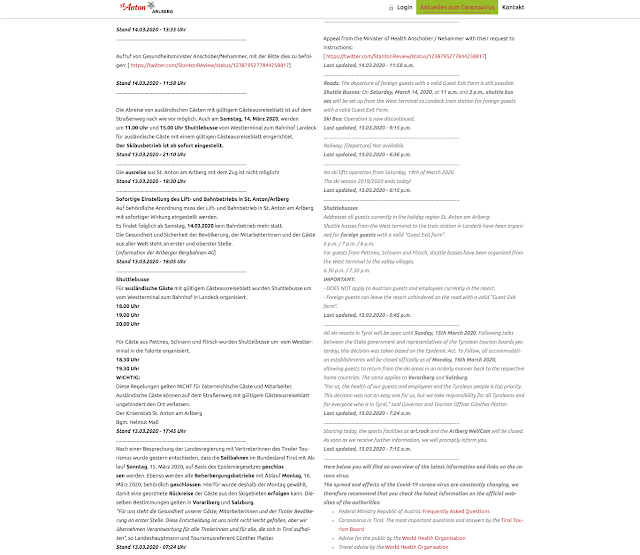