A lot of assumptions, many quite poor, are being made concerning sky cover for Monday's eclipse.

Meteorologists who have to produce very detailed cloud forecasts, particularly those in which even a thin layer of clouds can make or break military mission success, alternative energy projections, or civilian aviation operations, know just how difficult it is to predict the existence of a thin cloud layers.  I once met the director of Air Force Weather and asked him what is number one forecast problem was.  He said instantly and without hesitation, "clouds."

Which brings us to the eclipse.

If you are desperate to observe totality, you have a window of less than 3 minutes and one thin patch of cloud could totally ruin your experience.  It doesn't take much to generate a thin patch of cloud.  There are many days in which the sky is partly cloudy and there's a patch veil of altostratus or cirrostratus.  Many.  You don't think about the weather on these days, because the weather is just fine for regular activities, but you would if you were in the Air Force or the solar industry.

Today provides a great example of a fair weather day that might just ruin your eclipse experience.  Let's imagine that the eclipse was today in Salt Lake City.  The 500-mb pattern is fairly innocuous, but there is a weak trough over Nevada and California. 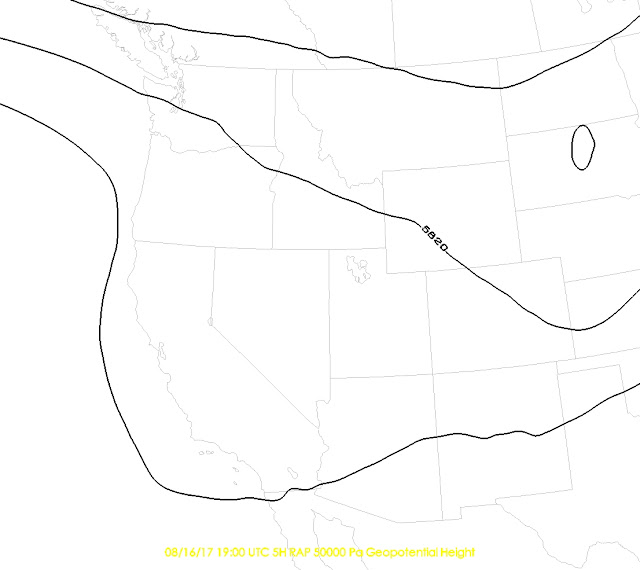 The National Weather Service forecast calls for mostly sunny skies and a high of 88ºF.  A beautiful summer day.  You'd probably be excited if that was the forecast for the eclipse.

Not so fast.  A look at the satellite imagery shows patch altostratus over portions of Nevada and northern Utah.  On a meteorological scale of 1 to 10, these rate about a 0, but on an eclipse risk scale of 1 to 10, they could be a 10 if you happen to be in the wrong spot for that 2 minute period of totality. 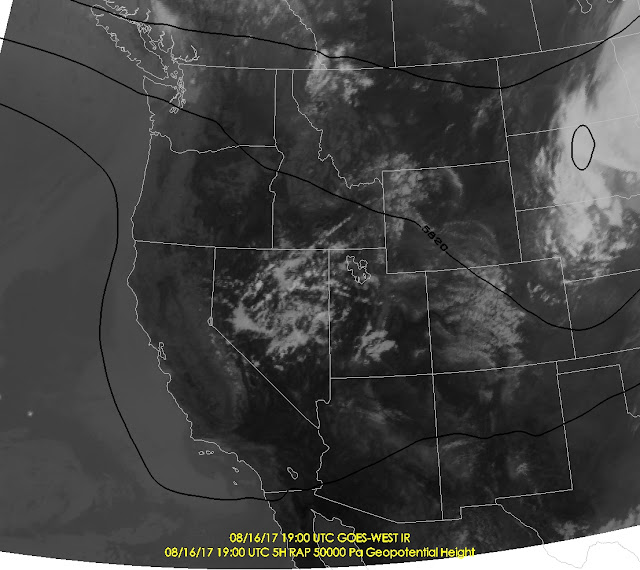 Sound crazy?  What if the eclipse was happening when I walked out of the Student Life Center?  Sorry, you're partially obscured. 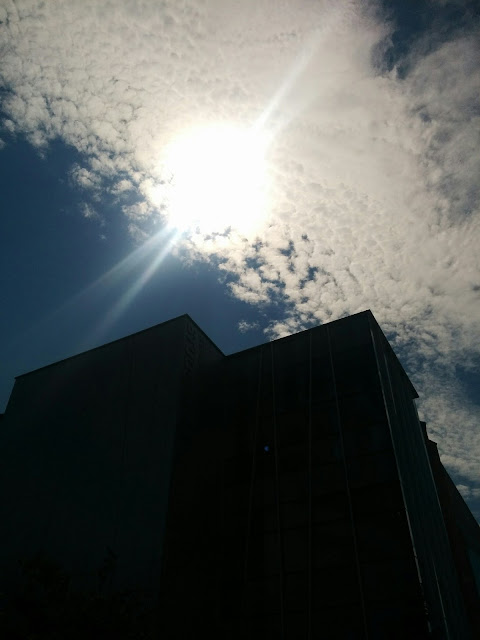 Well, that's not so far from the cloud edge, you could just drive a bit down the road, if it wasn't clogged with traffic.

Or maybe the eclipse happens a bit later?  Hmmmm.... 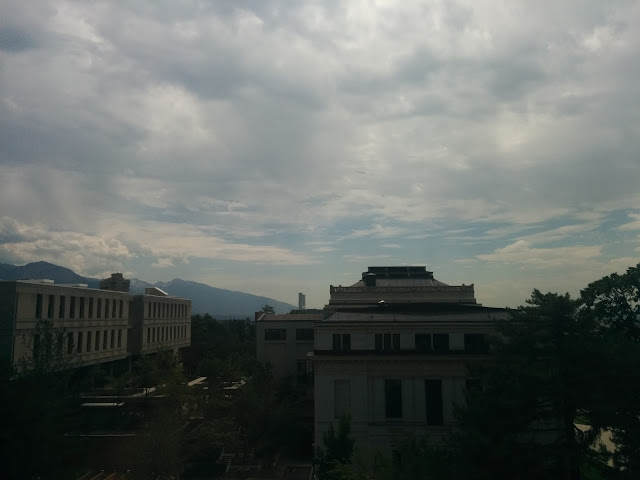 Here's something for you to ponder.  You wake up Monday morning and there's altostratus around.  Those are benign clouds for garden variety weather, but a disaster for eclipse viewing.  Do you move elsewhere or wait it out and hope for the best?  Alternatively, it's later in the morning.  The moon is sliding in front of the sun.  Traffic is everywhere because a million people have converged on the totality strip.  There is a patch of altostratus between you and the sun.  Totality is 30 minutes away.  What do you do?  Do you try to move?  Do you sit it out and hope for the best?

I have dealt with these sorts of problems during field campaigns, especially those with mobile radars. We can't precisely predict where storms will develop and you're not always in the right spot.  It can be an agonizing decision about whether or not to stay put, hoping the storm shifts, or move.  Moving has consequences.  It takes time.  You can miss out while on the road (at least with the eclipse, you know exactly when it's going to happen).  Computer models offer no help under such a scenario.  It's just you and the radar and your best nowcast.

Such a scenario is not out of the realm of possibility for the eclipse, where it could be just you, your eyes, and the clouds.  Forecasts for Monday include solutions with weak flow and mid-level moisture over western Wyoming and southeast Idaho, prime territory for Salt Lake eclipse viewers.  The GFS forecast shows the potential for mid level cloudiness over eastern Idaho and Wyoming Monday morning (eclipse time is around 1730-1740 UTC over Idaho and western Wyoming).  Time height sections (not shown) show some mid-level moisture in the region. 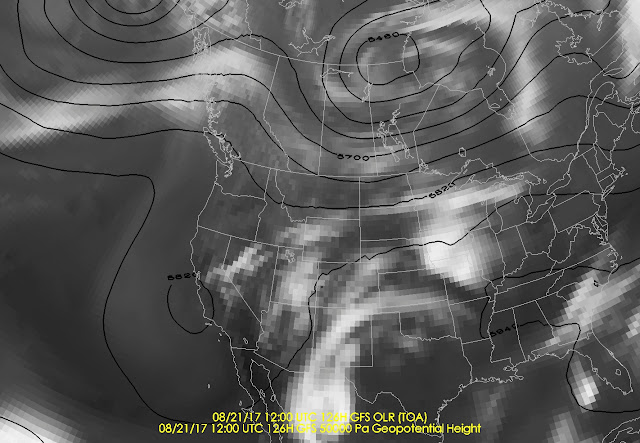 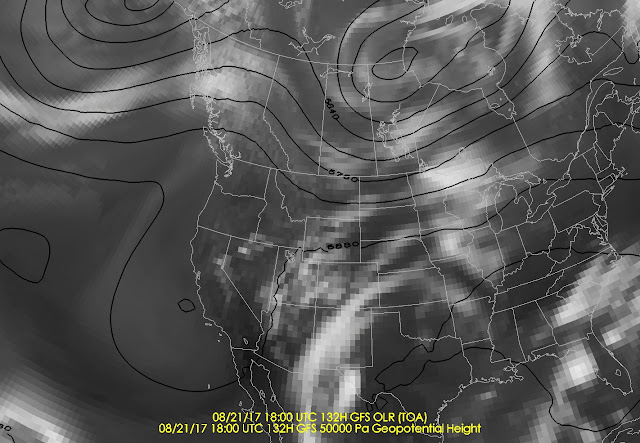 I can't tell you if there will be midlevel clouds because we're still dealing with a 5+ day forecast with a lot of uncertainty.  I hope the morning dawns "severe clear" for you without a cloud in the sky.  But what if there are some clouds around?  What would you do?  Could a shift of a few miles do the job?  Would you need to go farther?  In times like that, as Dwight Eisenhower said, "plans are nothing, planning is everything."
By Jim S Posted at 8/16/2017 02:48:00 PM