Last night I kept an eye on the radar and surface observations in Texas as Harvey made landfall.  The image below shows the situation at 0135 UTC when the eye was just beginning to move over the barrier islands. 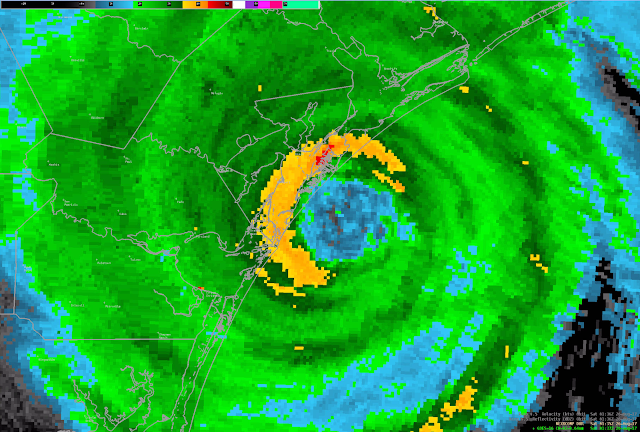 At that time, it was clear that Corpus Christi would be spared the worst of the winds.  Although they still had a miserable night, the eyewall, indicated above by the ring of high (yellow) radar reflectivity, where the strongest winds are concentrated, would pass just to their northeast.

Additionally, the right side of the eyewall was moving over Matagorda Island State Park and the Aransas National Wildlife Refuge, areas that are relatively undeveloped. 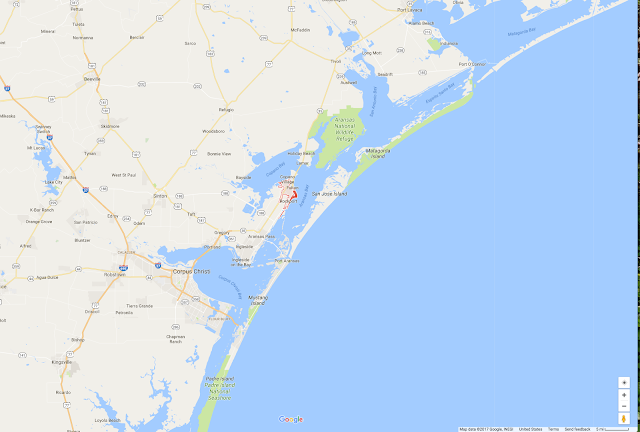 However, it was also clear that Rockport was spending a remarkably long time in the slow-moving eyewall.  I have never been through a hurricane, but colleagues who have spent time on the ground in or near the eyewall describe it as a terrifying experience.  The minutes must have ticked by like hours for those who remained in Rockport.

Harvey has been downgraded to a tropical storm, but while the winds have weakened, the flood threat is growing.  Water is the agent that delivers many hurricane/tropical cyclone impacts and the worst is far from over.   The National Weather Service rainfall analysis shows widespread accumulations in excess of 2 inches from near Corpus Christi to Houston, with more than 10 inches locally between Corpus Christi and Victoria, with the latter measuring 6.47."

Unfortunately, this thing is just getting started and Harvey is a slow-moving, moisture-processing system.  The NWS Weather Prediction Center rainfall forecast for 7 AM CDT this morning (Saturday) to 7 AM CDT next Saturday calls for 15-30 inches along the central Texas Gulf Coast with local accumulations of 40".

Information on streamflow and flood stages along rivers and streams in south Texas is available at https://water.weather.gov/ahps2/index.php?wfo=crp. One river forecast to reach a record stage is the San Bernard River.  Remember, this is a forecast, and much will depend on the amount and rate of rainfall in the drainage area for that river.

It's going to be a very long week in Texas.

Meanwhile, here in Utah, I was surprised to get sprinkled on this morning on my hike up Baldy and Hidden Peak.  A brief rainbow appeared, clearly indicating that there's a pot of gold in Snowbird village.  Must be Octoberfest... 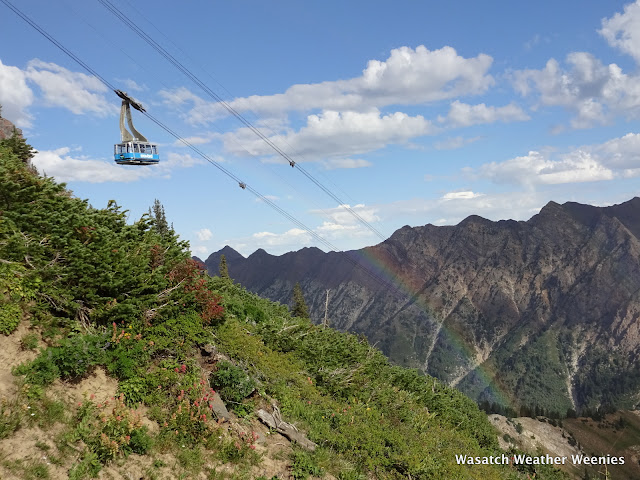