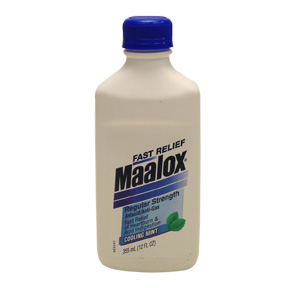 Today is the kind of day when a meteorologist could use a bottle of Maalox.  The forecast through tomorrow is very difficult, with divergent views being produced by our two main forecast models: The GFS and the NAM.

To illustrate this, I've put together a paneled chart that shows the guidance being produced by the two models side by side.  The GFS is on the left, the NAM on the right.  The panels are the 6-h accumulated precipitation (snow-water equivalent) ending at the time indicated in the legend at color filled intervals of .01, .05, .10, .25, and .5 inches.  The forecasts start with this afternoon (1800–0000 UTC/1100–1700 MST) and end tomorrow afternoon.  Click to enlarge further. 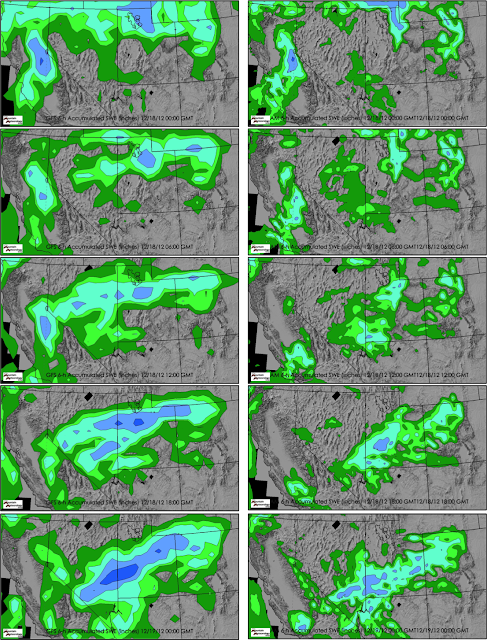 These panels illustrate a common dilemma facing meteorologists in the Intermountain West.  The GFS (left-hand-side) is a lower resolution model.  It doesn't handle topographic effects very well.  For example, note the lack of structure in the precipitation forecast compared to the NAM on the right.  However, the GFS runs later, sometimes ingests data that the NAM hasn't, and frequently does a better job handling the movement of large scale features like fronts.  For this forecast, that could be very very important.

Notice how the GFS develops an elongated west-east oriented frontal precipitation band that sags very slowly through northern Utah and Nevada.  If such a forecast verifies, there would be major accumulations not just in the mountains, but also the lowlands of Salt Lake and Utah Counties, as well as portions of western Utah and central Nevada.

In contrast, the forecast produced by the NAM is very different.  Beyond the greater detail owing to its higher resolution, the frontal precipitation band is weaker, especially over western Utah and central Nevada, and moves more quickly into southern Utah.  Does one lean toward this given the better handling of topographic effects?